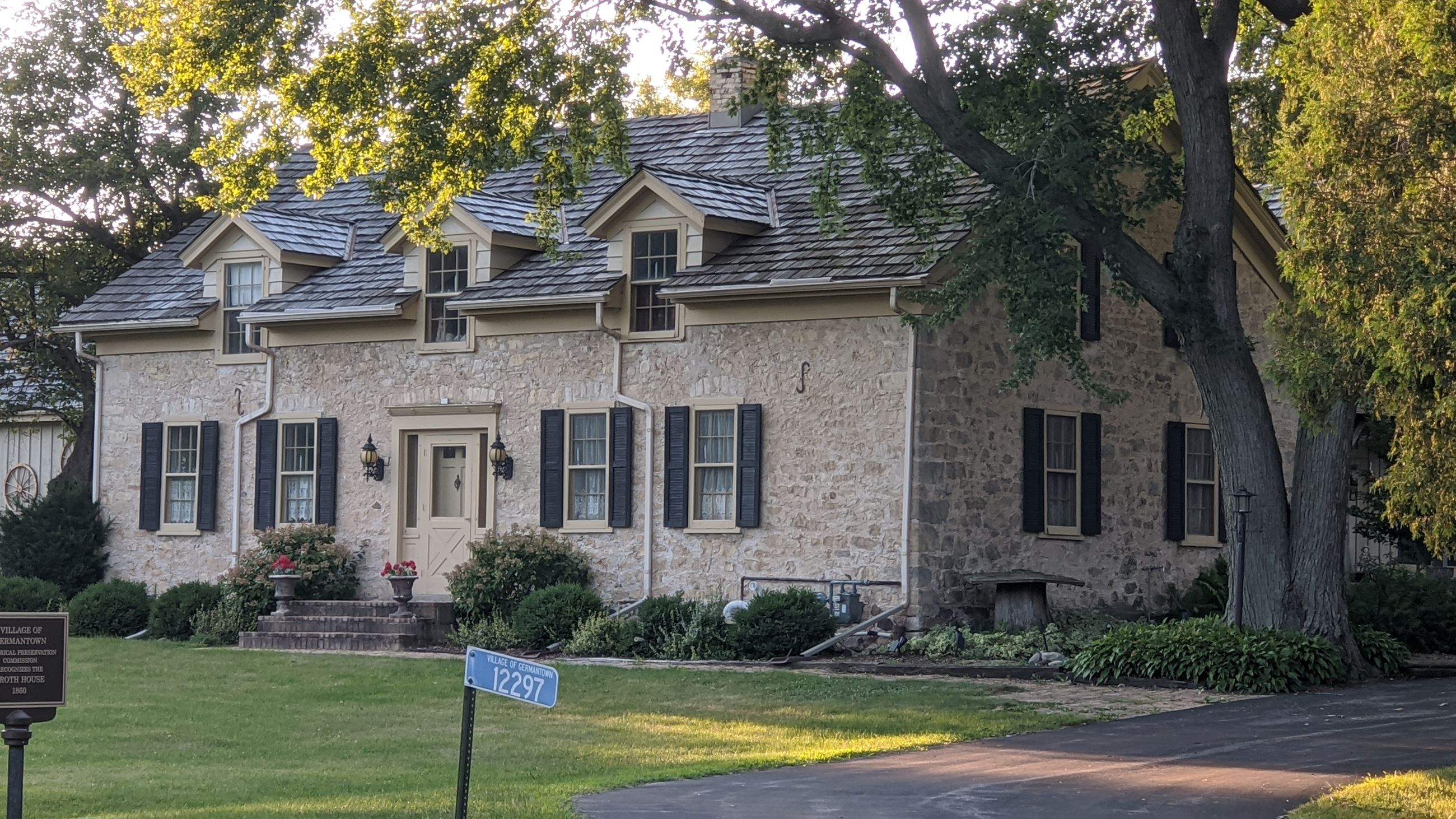 In 1843, Friedrich Groth, his wife Dorotea Dobberphul and their daughter emigrated from Tribsow, Prussia.   The Stone house was built in 1860 after outgrowing their first home on the property.  The Groth house is a one-and-one-half story, side-gabled cottage in a traditional vernacular form with slight Greek revival influences. Friedrich died in 1885 as the result of a farming accident.  In 1890 Friedrich’s youngest son, Henry had a new house built.   The 1860 house was abandoned and used for storage until 1942. After 50+ years of neglect, the new owners made alterations and rehabilitated the house.  Additions were added in 1968.  In 1975 the Groth farmhouse was again rehabilitated and restored to its original style with second floor rooms added. A new basement foundation was also installed. An addition to the summer kitchen was added in 1980 with careful consideration to protect the historic integrity of the original house.